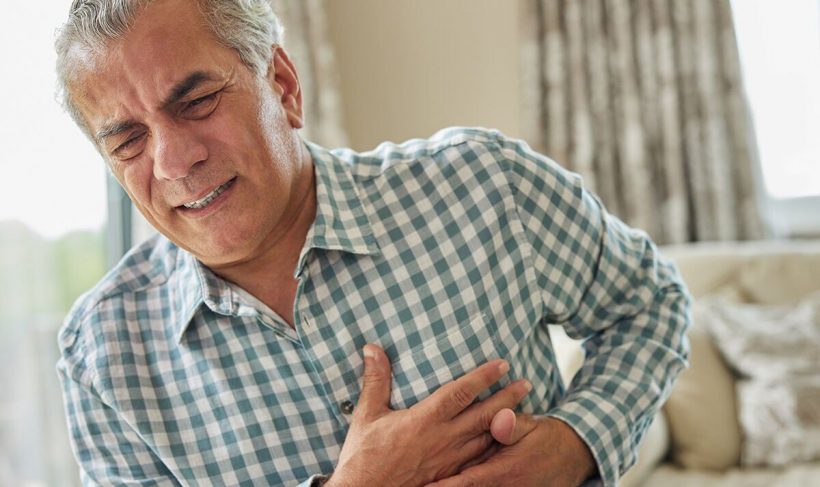 Heart disease deaths spike considerably during the winter months, but medical experts have yet to determine why that is. There is a popular belief that overindulgence could exacerbate underlying cardiovascular problems, heightening the risk of cardiac events on Christmas Day. Several reports, however, highlight other downsides of the festive period that could place substantial pressure on the heart.

In 1999, a body of research published in Circulation set out to assess which time of the year heart attacks were more prevalent.

Researchers examined all cases of death due to coronary artery disease from 1985 through to 1996, highlighting a drastic increase in cardiac events during December and January.

According to Doctor Christopher Labos, an expert who wrote for the McGill Office for Science and Society, there are a few hypotheses to explain this.

The first is cold weather, which causes blood vessels to constrict by means of vasoconstriction, causing sharp increases in blood pressure.

Angina, or chest pain due to heart disease, is also known to worsen during the cold winter months due to constricted arteries.

An observational study, published in the journal Atherosclerosis in 2019, highlighted the impact of overindulging during the Christmas period.

Researchers wrote: “Celebrating Christmas is associated with higher levels of total and [low-density lipoprotein] LDL cholesterol and a higher risk of hypercholesterolemia in individuals in the general population.

The researchers added: “Thus, a diagnosis of hypercholesterolemia should not be made around Christmas.” This suggests levels are unlikely to reflect a person’s typical lipid profile at this time.

Instead, patients should have their lipid profiles measured later in the year when eating habits have returned to normal.

The journal Circulation, in 2004, suggests that holiday-induced delays in healthcare could play a more important role in producing the holiday spike in heart attacks.

Moreover, emotional stresses associated with holidays, respiratory illness, increased particulate pollution, and changes in diet and alcohol intake have all been considered as explanations.

Waqar Kahn, an interventional cardiologist in Houston, and an affiliate member at the Baylor College of Medicine noted: “The holidays are hard for older adults, who may not have as much social support as they did when they were younger, and thus feel lonely and isolated.”

The authors of the study appear to suggest that the detrimental effects of delayed health care is the most convincing theory for spikes in cardiovascular deaths.

“Our findings extend the earlier literature by raising the possibility that holiday-induced delays in seeking treatment may have fatal consequences,” they concluded.

Though not much can be done about delays in care, preventive measures can be adopted to protect the heart from adversity.

The AARP suggests limiting the amount of alcohol as this increases pressure on the heart and induces atrial fibrillation.

She said: “People are much more likely to ignore symptoms such as chest pressure or shortness of breath if they’ve got family visiting, or are out of town because they don’t want to disrupt festivities.”

If a family member starts complaining of chronic bouts of indigestion, these signs should be taken seriously.

Persistent pinching or burning in the chest, bad heartburn, or unexplained pain radiating down the arm, should never be ignored either, added doctor Khan.