For the longest time, sexual health advice seemed to start and end with “have condoms!” or “talk to your doctor!” Which was underwhelming and less-than helpful for people who are hungry to be proactive about keeping their sex lives healthy and pleasurable.

These days, the conversation around sexual health has totally changed. The term now not only encompasses preventing sexually transmitted infections and/or pregnancy (that is, if you don’t want to get pregnant) but female sexual pleasure, consent and comfort (heck yeah!)  — at every stage of our lives. So it’s only right that the sexual tools we need should change with it.

“There’s no reason that sexual activity shouldn’t be safe and pleasurable,” says Dr. Lauren Streicher, MD, medical director of the Northwestern Medicine Center for Sexual Health and Menopause and author of Sex Rx. “For so many women, their sexual activity is about making it nice for the guy or their partner… and while that’s good, it should also be about themselves.”

Consider this a go-to list of basics that every woman should have in her sexual health toolkit.

The number-one preventive measure that every sexually active uterus-haver should take is getting vaccinated for the most commonly transmitted STI, human papillomavirus, Dr. Streicher says. The new vaccine, Gardasil 9, protects against strains of HPV that cause 90 percent of genital cancers and 90 percent of genital warts. Although some people think the HPV vaccine is only for young people (it’s approved for ages 9 to 45), getting the vaccine at any age, even if you’re beyond childbearing years, is a good idea, she says.

If you fall into the over-45 age group, know that even though the vaccine has shown to have value for women in that age range, it isn’t yet FDA-approved for women 45 and up, so you’ll have to pay for it out of pocket. But, unless you’ve been in a 100 percent sexually monogamous relationship for many years, it’s worth the money, Dr. Streicher says.

Condoms (including the “female” condom)

Having a box of condoms on hand is an obvious — but critical — toolkit item. Using them correctly is vitally important, and not just to prevent pregnancy.

“Even if you are using the pill or IUD and this is not a mutually monogamous situation, you should be using a condom as well for STI protection,” says Dr. Mary Jane Minkin, MD, clinical professor of obstetrics and gynecology at Yale University.

Along with your usual condom stash, consider the FDA-approved internal condom, sometimes called the “female” condom, FC2, which better protects against sexually transmitted infections such as herpes and HPV because it covers the entire vulva rather than just a male partner’s penis, Dr. Streicher says. Plus, it puts you in charge.

Another benefit: Because you generally need a prescription to get the internal condom (either from your usual provider or online via the HeyDoctor app), if you’re insured, you’ll usually pay nothing out of pocket. If your insurance doesn’t cover it, they’re usually about $20 for a 12-pack. Sometimes health centers give them out for free: Contact Planned Parenthood for help locating them.

If you’re going down on a woman or you’re performing oral sex on your partner’s anus, dental dams — rectangular sheets of latex — protect against STIs. FDA-approved Sheer GLYDE Dams are a safe bet. If you have trouble finding them in stores, you can order them online, or you can make your own dental dam by cutting open an unlubricated condom lengthwise. Put some lube on the side of the rectangle that touches your partner’s skin to give them extra pleasure.

If your regular contraception method fails or you were forced to have nonconsensual sex, making a mad dash to the pharmacy for an over-the-counter morning-after pill can add stress to an already stressful situation. Just in case, it’s worth it to keep emergency contraception, such as Plan B One-Step, on hand to make sure you have access to it, Dr. Streicher says. Even though you can wait up to five days after unprotected sex to take the pill, the sooner you do, the more likely it is to work. Just keep an eye on the expiration date.

This advice applies if you’re 40 or older, too, Dr. Streicher says: “Particularly where we see a lot of unplanned pregnancies are women in their 40s, because they have this idea that they’re not fertile anymore, so they don’t have to worry about it. In fact, while fertility is diminished after 40, that doesn’t mean that it’s eliminated.”

A fantasy item (or several)

If having an orgasm is important to you, but you’ve never had one or you want to learn a new technique, check out OMGYes.com, a scientific-research-based website that features videos of women self-stimulating and having orgasms in order to teach other women (and other interested parties) how to do it themselves. There are even graphics and touchscreen simulations.

If you’re into vibrators, put your favorite one (or more) into your kit to enjoy solo or with a partner: “If you’re new to toys, consider a simple bullet vibe to start, and if you’re a seasoned pro, check out the Womanizer line, which uses ‘pleasure air technology’ to create an intense sensation similar to sucking right on the head of the clitoris,” O’Reilly says. “If you like the idea of the rabbit vibes but want a toy that actually hits your G-spot and clitoris simultaneously, try the We-Vibe Nova, which provides rumbly vibrations both internally and externally.”

The right lubricant for you

First, it’s important to note that sex should never hurt (if it does, see your doctor; if she doesn’t find a physical problem, talking with a therapist could help address psychological issues stemming from trauma, etc.), and keep in mind that both young and older women may require lubricant for comfortable, pleasurable sex, Dr. Streicher says. That said, some lubricants aren’t condom-compatible: coconut oil, baby oil, and olive oil break condoms down and make them less reliable.

For both safety and comfort, either choose silicone lube — Dr. Streicher recommends Replens Silky Smooth because it’s easy to find and super-slippery — or look for a water-based lube that’s closest to the vagina’s water-molecule concentration, called “osmolality,” in order to minimize friction and irritation. A vagina’s osmolality is about 300; water-based lubes that clock in at 400 or less, like Good Clean Love’s BioNude, are ideal. A water-based lubricant with an osmolality that’s above 1,200 is not only more likely to tear delicate vaginal tissue and cause discomfort, but it’s actually considered unsafe by the World Health Organization due its elevated risk of transmitting HIV. (Note: Silicone lubricants do not have osmolality problems.)

If you’re actively trying to get pregnant and are timing sex, you might be a bit dry, considering that scheduled sex isn’t necessarily the most romantic, says Dr. Minkin. In that case, use a lubricant that’s sperm-friendly, such as Pre-Seed.

Another tip for before you hit the sheets with your partner: “Trying out the lubricants on your own before sex can be helpful so you can find a lubricant that doesn’t irritate you,” Dr. Minkin says.

Prenatal vitamins — if you’re trying to get pregnant

Even before the pregnancy test is positive, if you’re in baby-making mode, grab a bottle of prenatal vitamins the next time you’re at the drugstore.

“Make sure you are taking a prenatal vitamin with plenty of folic acid in it,” Dr. Minkin says. “We know that women who conceive while they are taking folic acid substantially reduce their chance of having a baby with a neural tube defect.”

A version of this story was published March 2019.

Our mission at SheKnows is to empower and inspire women, and we only feature products we think you’ll love as much as we do. Please note that if you purchase something by clicking on a link within this story, we may receive a small commission of the sale and the retailer may receive certain auditable data for accounting purposes. 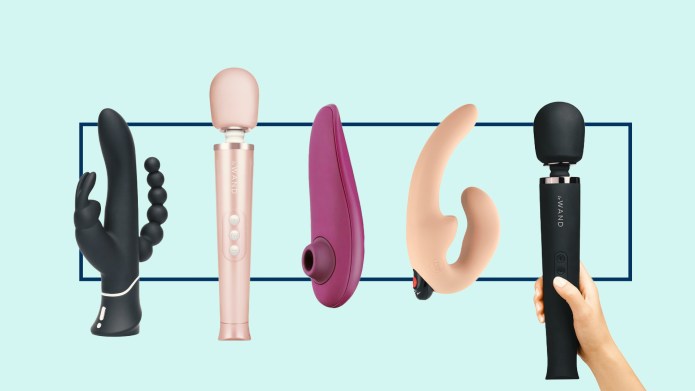 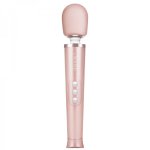 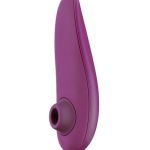 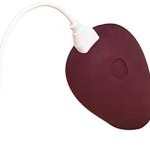 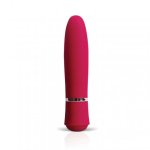