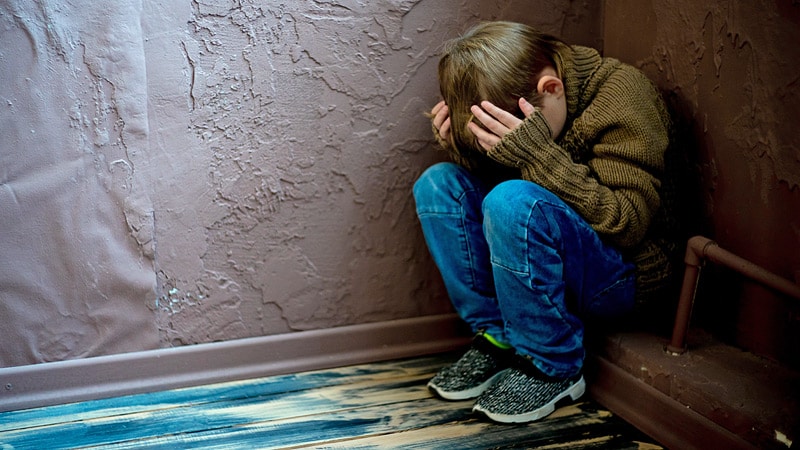 Adult patients with headaches, epilepsy, or other neurologic disorders are more likely to have had adverse childhood experiences (ACEs) than the general public, new research suggests.

In addition, patients with neurologic conditions who have a high level of ACEs, including abuse or neglect, use more healthcare resources, have more comorbidities, and are more likely to have anxiety and depression compared with their peers with less ACEs, findings show.

“We need to start being mindful of how the environment can affect outcomes of our patients, and also start strongly considering implementing social work services and/or early referral to mental health professions so we can better take care of our patients,” Mendizabal said.

The findings were published online September 22 in Neurology Clinical Practice.

ACEs have been linked to a variety of medical conditions, but few studies have investigated in detail their role in neurologic conditions.

The new analysis included 198 adults who were evaluated at an outpatient neurology practice at the Hospital of the University of Pennsylvania between July 2019 and March 2020.

About 56% of the participants were women, and half were non-Hispanic Whites. Most patients (23%) were aged 50 to 59 years.

Participants completed a survey that included the 10-item ACE questionnaire. It asks about adversity in childhood, including abuse, violence, neglect, and food insecurity, as well as psychiatric disorders within the family.

For each question, a “yes” answer was scored with 1, and a “no” with 0. Possible scores ranged from 0 to 10 points. Researchers used 4 as a cutoff to indicate a high level of ACEs.

The survey also included brief screens for depression (the Patient Health Questionnaire 2 [PHQ2]) and anxiety (the Generalized Anxiety Disorder–2 [GAD2]). A score of 3 or higher on these screens is potentially indicative of major depression or generalized anxiety.

Individuals with a high ACE score were also significantly more likely to have any emergency department visits and to have 15 or more healthcare-related telephone encounters in a 1-year period.

Redirecting social work resources for such patients or referring them to a mental health practitioner might reduce rates of anxiety and depression and lead to better outcomes, Mendizabal noted.

A secondary analysis showed that about 24% of the participants had an elevated ACE score compared with 13% in the general population. Those with any neurologic condition and those with certain specific conditions, including neurovascular disorders, neuropathy, headaches, and epilepsy, were more likely to have elevated ACE scores than the general population.

The mechanism connecting ACEs with adult neurologic conditions may be an indirect one. For example, childhood stress may lead to unhealthy behaviors, such as smoking and substance use, that increase risk for certain brain-related disorders.

However, the relationship may be more direct. Chronic childhood stress is linked to inflammation and epigenetic changes that are associated with neurologic diseases independently of adverse health behaviors, said Mendizabal.

“We know from basic scientific literature that chronic stress or exposure to stressful situations leads to biological changes that can down the line affect cardiovascular function,” she said.

These biological changes can lead to stroke, headaches, and neurovascular conditions, she added.

Study limitations were that it was relatively small, it was conducted at a single urban center, and it did not investigate deeply the reasons for hospitalizations, which “may not be neurology specific,” Mendizabal noted.

Nevertheless, the results “shed light on social determinants of health in neurology and how aspects of childhood experiences and adverse social exposures can affect health later on,” she said.

“Intriguing” but Not Unexpected

Garner, who was not involved with the research, noted that a child’s brain is still developing and is particularly responsive to environmental inputs.

“The findings suggest early experiences may have become biologically embedded by altering brain structure and function. If this is so, many so-called ‘adult-onset’ diseases are actually ‘adult-manifest’ diseases with their origins in childhood,” he said.

Health systems and payers “may do well to invest more resources into supporting children and their families in order to limit ACE exposure and to minimize both morbidity and costs as those children become adults,” he added.

Garner co-authored the book Thinking Developmentally: Nurturing Wellness in Childhood to Promote Lifelong Health, which aims to connect childhood experiences and lifelong health. He noted that the new findings are “not entirely unexpected” because previous research has linked childhood adversity to headaches and memory problems, including dementia, later in life.

Although childhood adversity “is certainly not destiny” and positive childhood experiences “can buffer adversity,” Garner stressed that “we can no longer ignore the epidemiological associations presented here and elsewhere or the advances in basic developmental sciences like neuroscience and epigenetics that suggest potential underlying mechanisms.”

However, he agreed with the investigators that it is difficult to draw causal references from one study because associations between ACEs and outcomes “could be due to any of a number of confounding variables, like poor educational success, poverty, unhealthy coping mechanisms such as smoking or drinking, or limited access to optimal healthcare over time.”

The study did not receive any targeted funding. Mendizabal and Garner have reported no relevant financial relationships.