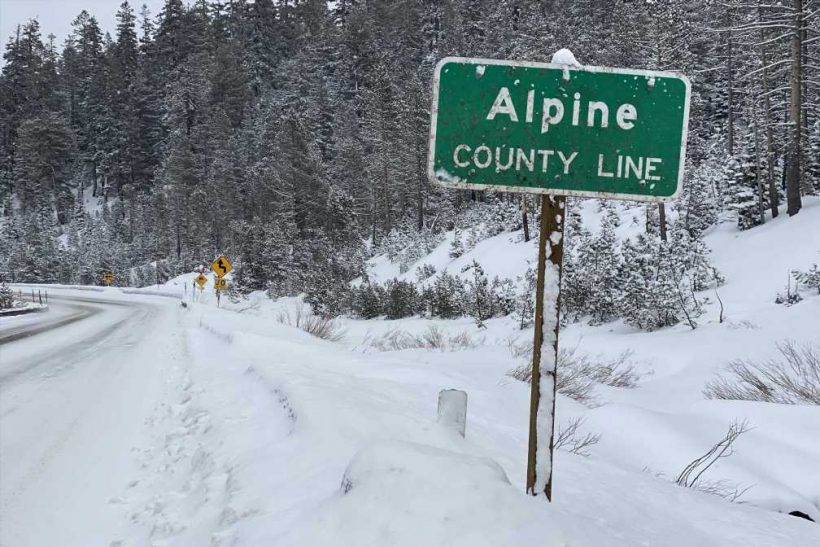 WOODFORDS, Calif. — In the winter, the roughly three-hour drive from Alpine County’s main health clinic in Woodfords to the remote enclave of Bear Valley winds along snowy two-lane roads and over 8,000-foot mountain passes, circumventing the more direct route, which is closed for the season.

So to get a box of the frozen Moderna covid-19 vaccine to the ski resort hamlet of about 100 people, the clinic has enlisted the sheriff’s department.

“It’s unreasonable for our staff to drive there, give a bunch of vaccines and drive back, especially with weather where there will likely be chain controls,” said Dr. Richard Johnson, the county’s public health officer, explaining that drivers are often required to put chains on their tires for traction.

Alpine County, California’s least populated county, is home to just over 1,100 people, spread across communities nestled in the rugged Sierra Nevada mountain range and its foothills. The county, just south of Lake Tahoe on the Nevada state line, recorded only four new covid cases in the past two weeks.

In California’s major metropolises, like Los Angeles and the Bay Area, getting a covid vaccine means lining up behind tens of thousands of health care workers and nursing home residents who were prioritized for shots and are jockeying for a limited number of appointments.

But things are moving fast in Alpine County, which has no hospitals. It doesn’t even have a nursing home or other long-term care facility. Plus, a large portion of its population gets its vaccine supply from the national Indian Health Service. As of last week, the health department has administered just over 600 shots, finishing first doses for its entire health care staff and fire department, its EMTs and even its teachers.

But in Alpine County, Johnson hopes to finish the first round of shots for all older residents soon and continue second doses before moving on to more essential workers in education, child care, emergency services, food and agriculture. This includes many people who work in Alpine County but live elsewhere, like in South Lake Tahoe, noted Johnson.

“As a small county, we can do this sort of thing,” he said. 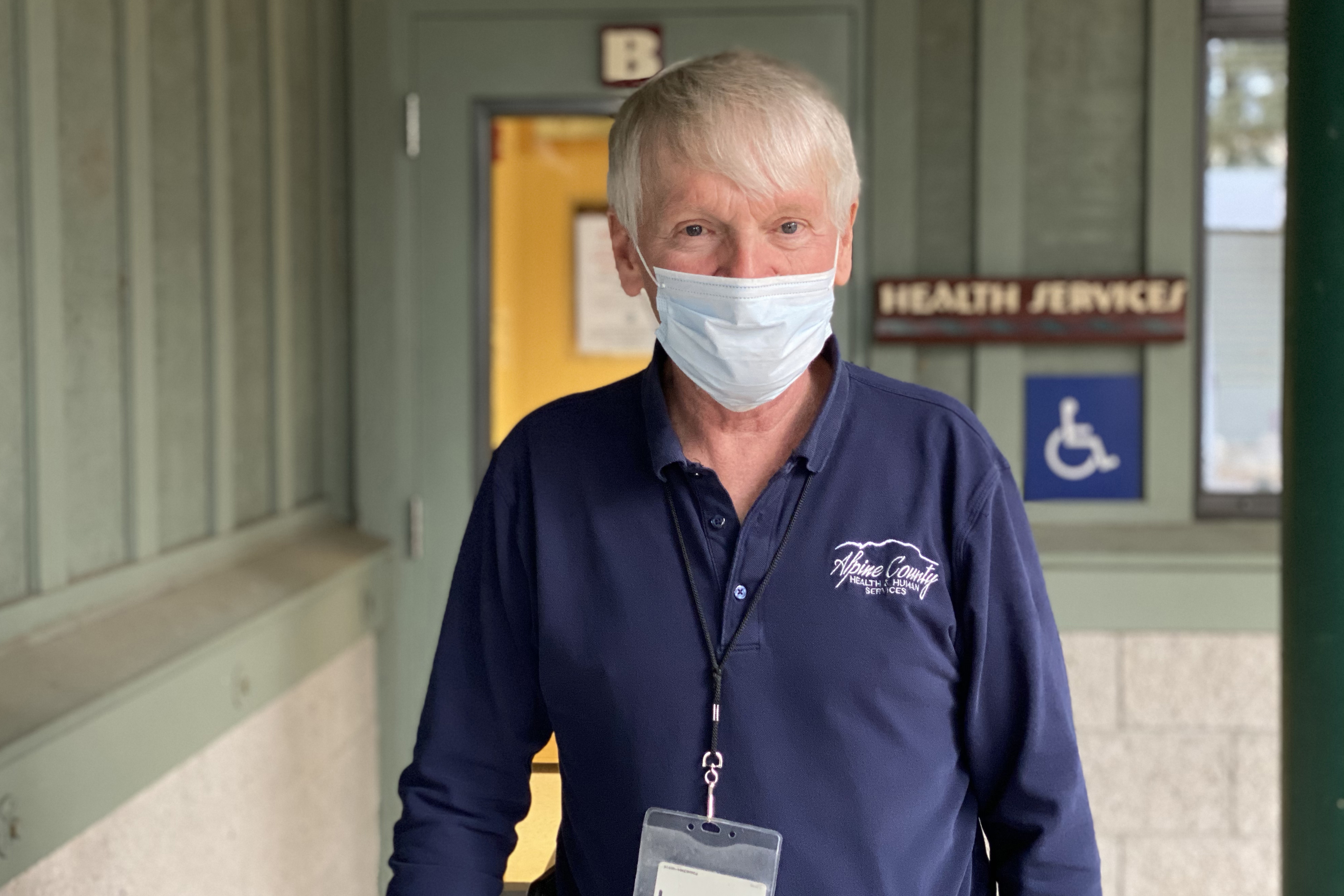 Rather than anti-vaccine and far-right protesters — like the ones who recently disrupted operations at the Dodger Stadium vaccine site in L.A. — snowstorms are the postponing factor here.

Composed of small tourist towns, ski resorts, national forests and Native American tribal land, Alpine County has a population density of about two people per square mile. According to the U.S. Census Bureau, 82.7% of its housing units are vacant at least part of the year — largely because many of them are second homes for winter skiers and summer hikers.

Across the nation, many rural health departments are crafting creative vaccine delivery strategies and finding success largely because they have a lot fewer people to vaccinate than urban areas.

Yet challenges persist in rural communities where residents remain wary of covid vaccines. More than one-third of rural Americans say they probably or definitely won’t get a covid vaccine, according to a recent KFF poll. (KHN is an editorially independent program of KFF.)

Vaccine hesitancy is an issue among the Washoe Tribe of Nevada and California, said Dr. Bela Toth, chief medical officer of the Washoe Tribal Health Center.

The Hung-A-Lel-Ti Community of the tribe is one-fourth of Alpine County’s population. Fewer than 300 people live on the community’s reservation, a remote 80 acres of high desert dotted by homes, a gymnasium and community and education centers. It’s one of five Washoe communities in the Lake Tahoe region; the rest are near Carson City and Gardnerville, Nevada.

The tribe receives its vaccines from the Indian Health Service, though uptake has been behind that of the rest of the county.

“We are a cross-border tribe, so there are always challenges,” Toth said.

The tribal health center, just over the Nevada line, hopes to vaccinate 100 to 200 people a week as eligibility expands, following its first successful drive-thru vaccination site last week, according to Toth. Before the drive-thru clinic, the health center had vaccinated just 123 people, mostly its health workers and some residents over age 75.

Alpine County has offered to help speed up the tribe’s vaccination pace, but Toth hopes to do it all in house, he said.

For the other residents of the county, Johnson, 74, keeps a tight logistical schedule, with appointments set every 15 minutes twice a week in Woodfords for residents of Markleeville, the county seat, and Kirkwood, home of a ski resort. All appointment requests ring into the “warm line,” and for 10 days at a time, Johnson is on phone duty. He answered more than 300 calls on his last shift, interviewing each person to determine eligibility.

A few dozen second-home owners from Kirkwood and Bear Valley have dialed in seeking vaccines, and it’s difficult to parse who spends months in the area and who rents their home out on Airbnb or Vrbo, Johnson said.

“I fully appreciate that the 75-year-olds who live in the Bay Area can’t get vaccines there, so we struggle with what’s our ethical obligation to them,” he added. “But if they’re coming back and forth from the Bay Area, they’re presenting a risk to our own staff by coming here and perhaps bringing something with them.”

Two nurses and a crew of health care volunteers, many in their 70s, guide patients through the process of filling out paperwork, getting the shot and waiting 15 to 30 minutes while they’re monitored for allergic reactions.

“I feel so honored to be here,” said Kate Harvey, 73, a former nurse and longtime resident of Markleeville, who volunteered to greet patients at the clinic. As small-town charm demands, Harvey is also the wife of the previous public health officer, Dr. Richard Harvey, who was observing a just-vaccinated police officer in the next room. 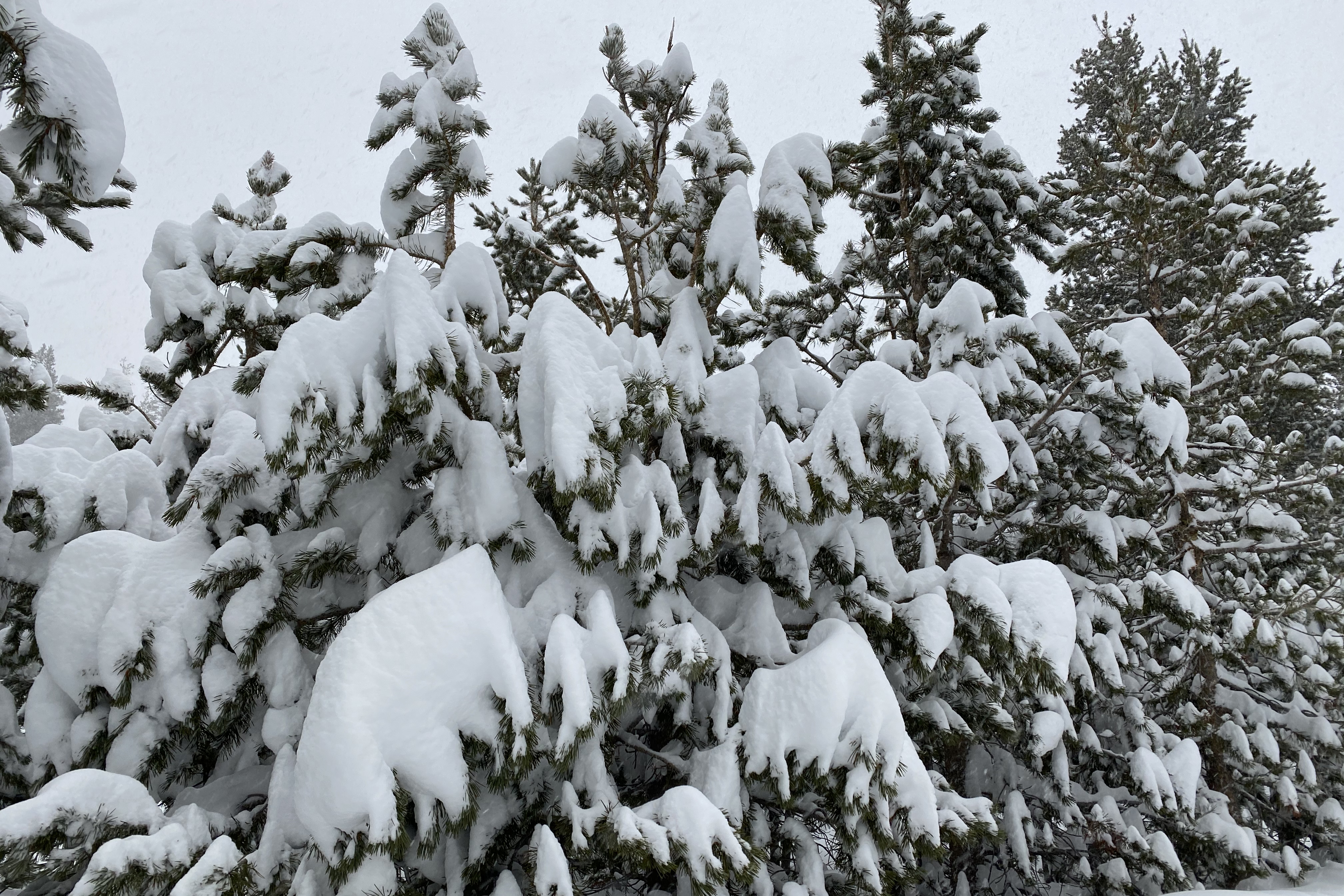 Over the mountains in Bear Valley, a four-person team administers vaccines at the county’s second vaccination site, but only after the sheriff’s department makes the three-hour drive over mountain passes each week to drop off the frozen vials.

Last month, a storm dumped more than 6 feet of snow on the Sierra, making some roads impassable even for the most seasoned winter drivers.

Like many rural health providers, the county depends solely on Moderna’s vaccine, which is good for 30 days after it’s shipped and doesn’t require storage in an ultra-low-temperature freezer like the Pfizer-BioNTech alternative.

Managing the logistics wears on Johnson, as it does on many other health officials across the state. Every Tuesday night, he finds out from the state how many shots the county will be allocated for the week, never knowing what to expect more than a week ahead. So far, it’s been 100 or 200 doses a week.

But recent directives from the Biden administration have made him hopeful that more doses and advance notice are on the way.

“A vaccine in the freezer does no one any good,” Johnson said. “It must be in the arms of recipients as soon as possible.”