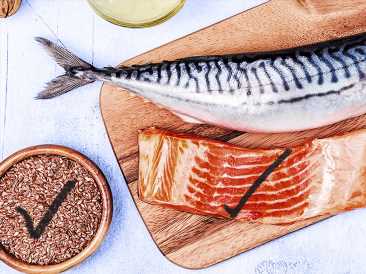 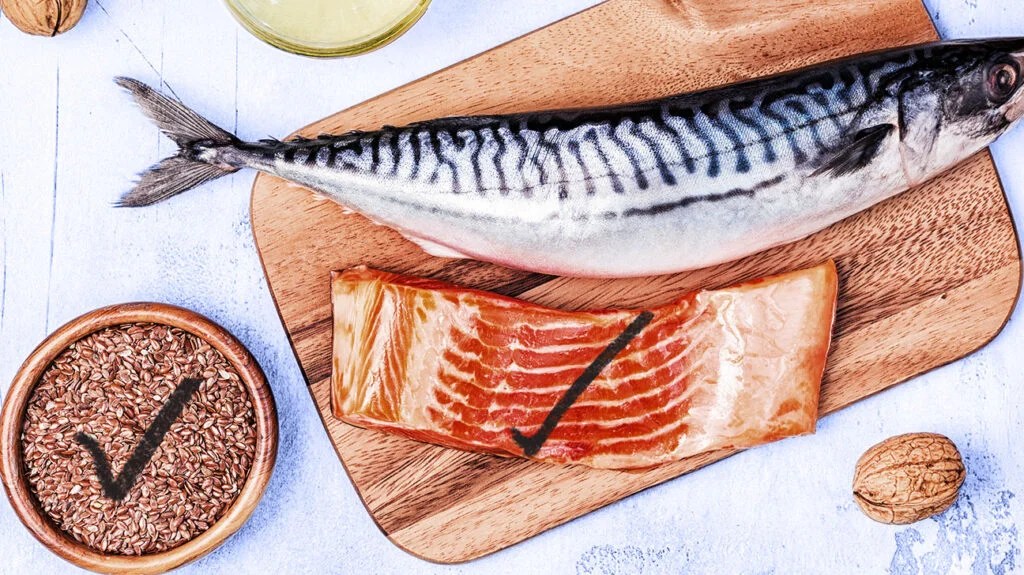 A study in the journal Bipolar Disorders suggests that individuals with bipolar disorder who adjust their intake of specific fatty acids may experience less variability in their moods.

Nearly 3% of people in the United States have a diagnosis of bipolar disorder, according to the National Alliance on Mental Illness. People with this condition may experience dramatic shifts in their moods, energy levels, and sleep patterns. These shifts in mood may include manic or hypomanic episodes, during which the person feels extreme elation or irritability. During episodes of bipolar depression, they may experience feelings of sadness and hopelessness.

Several studies have suggested that there may be a relationship between the consumption of seafood rich in omega-3 fatty acids and a lower prevalence of bipolar disorders. However, studies looking at the effects of fish oil supplements on the condition have found no such link.

Dr. Erika Saunders, an author of the study and professor and chair of the Department of Psychiatry and Behavioral Health at Penn State Health Milton S. Hershey Medical Center, explained the design of the study to Medical News Today. She said that the researchers wanted to see whether making a dietary change “for a very specific biological reason could alter mood stability or improve mood variability” in people with bipolar disorder.

Research has shown that medications that doctors commonly use for treating bipolar disorder can change how the body breaks down fatty acids.

The Penn State College of Medicine researchers hypothesized that by changing the type and number of fatty acids in the diet, the body would generate metabolites with specific purposes, such as reducing inflammation or pain.

Specifically, they wanted to look at whether lowering an individual’s intake of linoleic acid — an omega-6 fatty acid — while increasing their intake of the dietary omega-3 fatty acids eicosapentaenoic acid (EPA) and docosahexaenoic acid (DHA) might be an effective treatment approach for bipolar disorder.

“So, medications change fatty acids in a particular way,” Dr. Saunders told MNT. “We said, ‘Great, we can add to that by changing the diet in the same way, biochemically speaking, and let’s see if that helps.’”

The researchers assigned 82 participants with bipolar disorder to one of two groups: control or experimental.

Those in the experimental group decreased their linoleic acid consumption by limiting red meat, eggs, and certain oils. They also increased their omega-3 fatty acid consumption by adding flaxseed and fatty fish, such as tuna and salmon, to their diet. The researchers also specified the diet for the control group so that the participants did not know to which group they belonged.

All participants received foods, specific meal plans, and instructions on preparation for 12 weeks. The team instructed them to follow the diet while continuing with their normal care, including taking any prescribed mood-stabilizing medications.

The researchers gave the participants smartphones and asked them to use the devices to complete twice daily surveys about their mood, pain, and other symptoms. Additionally, technicians regularly took blood samples to measure the participants’ fatty acid levels and ensure that they had stuck with the diet enough to alter their biochemical levels.

Ultimately, the researchers found that the experimental diet improved mood variability in people with bipolar disorders.

The study authors note that the majority of the participants were female. “We know that women are more inclined to participate in research than men,” Dr. Saunders told MNT.

Dr. Gabrielle Marzani, a psychiatrist and associate professor in the Department of Psychiatry and Neurobehavioral Sciences at the University of Virginia in Charlottesville, also noted that the majority of the participants in the study were white. “This group tended to be a pretty homogeneous group of women that doesn’t necessarily reflect the demographics of all individuals with bipolar disorder,” she told MNT.

Dr. Marzani was not involved in the study, but she deemed the research “intriguing.”

Additionally, Dr. Marzani pointed out that the participants in the study may not all have experienced the same severity of symptoms of bipolar disorder. For instance, among the participants in the study’s intervention group, the median number of lifetime depressive episodes was 30. In the control group, the median number was 11.

Similarly, while the median number of manic episodes was five among the participants in the study’s intervention group, in the control group, it was double that. “It wasn’t apples and apples,” Marzani told MNT.

In the paper, the researchers note that they want to see the trial replicated on a larger scale. Dr. Saunders also told MNT that an avenue for future research might involve looking at ways to make following this diet easier.