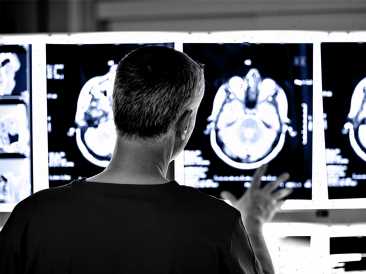 With the number of Alzheimer’s cases increasing, the medical community needs treatments for this disease now more than ever. One experimental drug, lecanemab, has been hailed by some experts as the treatment we have all been waiting for. But just how much hope should we place in lecanemab? In this Special Feature, we ask Alzheimer’s disease experts to explain how exactly lecanemab works, side effects, and what the most realistic perspective on this drug is. 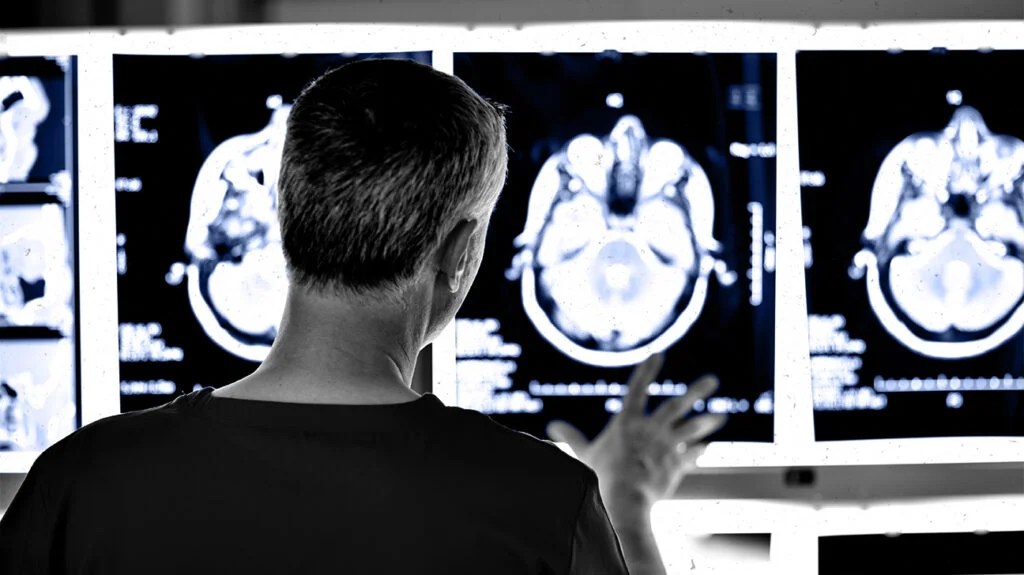 More than 55 million people around the world have dementia — a group of diseases that affect the way a person’s brain works. Between 60% and 80% of all dementia cases are Alzheimer’s disease.

Researchers further predict the number of people living with dementia will increase to almost 153 million by 2050.

Lecanemab is an investigational drug for the treatment of Alzheimer’s disease developed jointly by pharmaceutical companies Eisai and Biogen.

Lecanemab is a type of drug called a monoclonal antibody. The human body naturally produces antibodies to defend itself from infection.

Scientists create a monoclonal antibody in a laboratory setting to attack a specific foreign material in the body, known as an antigen. When introduced into a person’s body, the monoclonal antibody stimulates the immune system to destroy the targeted antigen.

“The hope is for it to interfere with Alzheimer’s disease pathogenesis and to slow the clinical progression of the disease,” he told MNT.

What is amyloid protein buildup?

Amyloid protein buildup in the brain is associated with Alzheimer’s disease.

According to Dr. Emer MacSweeney, CEO and medical director at Re:Cognition Health, and principal investigator for the Phase 3 confirmatory Clarity AD clinical trial of lecanemab, beta-amyloid protein that builds up in the brain in people with Alzheimer’s disease is ultimately toxic to certain brain cells, most experts seem to agree.

“Gradual destruction of these brain cells results in the development of the cognitive and other symptoms, which typically develop and progress, relentlessly, in individuals with Alzheimer’s disease, leading to severe dementia,” she explained.

Dr. Karen D. Sullivan, a board-certified neuropsychologist and owner of I CARE FOR YOUR BRAIN in Pinehurst, North Carolina, stated that what is exciting about this class of medications is they are the first disease-modifying drugs we have ever had for Alzheimer’s disease.

“What this means is that these medications actually remove amyloid beta deposits from the brain. “Everything we’ve had to date has only been able to offer mild symptom reduction and has done nothing to impact the severity or course of the disease.”

“There have been a few other medications within the category of monoclonal antibodies that have gotten provisional FDA approval, but have had disappointing showings in the end,” she continued.

“In a direct comparison with the anti-amyloid antibodies aducanumab and gantenerumab, lecanemab is reported to most robustly remove the amyloid plaques because it intervenes earlier in the pathological process that contributes to Alzheimer’s disease and with less side effects. The hope is that by clearing amyloid plaque from the brain we can restore some degree of function and prevent, or at least significantly slow down, decline,” Dr. Sullivan added.

How well does lecanemab work?

During the clinical trial, about 1,800 adults ages 50 to 90 with early Alzheimer’s disease received either lecanemab or a placebo. Participants also received assessments of certain cognitive and functional skills both before the trial began, and 18 months later.

Finally, the participants undertook PET scans to check for the presence of amyloid in the brain.

At the 18-month follow-up, researchers reported people who took lecanemab slowed their cognitive decline by 27% compared to those who took the placebo.

“Results of the Clarity clinical trial also demonstrated lecanemab had beneficial effects on biomarkers for amyloid, tau, and other pathophysiology measures,” Dr. MacSweeney said. “So lecanemab not only directly removed amyloid plaques but also had downstream effects on tau pathology.”

Upon hearing the presented data at the CTAD conference, Dr. Ronald Petersen, a neurologist and director of the Mayo Clinic Alzheimer’s Disease Research Center and the Mayo Clinic Study of Aging, told MNT the data were “pretty impressive.”

“The drug did what it was supposed to do — it engaged the appropriate target in the brain, namely amyloid, and removed a bunch of it such that most of the people got down to the actual threshold level for amyloid, meaning they removed it down to the negative threshold for having amyloid in the brain,” he explained.

“And then there was a corresponding clinical response to that as well,” Dr. Petersen added. “It was a modest clinical response — it didn’t stop the disease, it didn’t make anybody better, not that it was supposed to. And it did what it was supposed to. And I think the level of stabilization in the people who were treated with the drug is clinically meaningful.”

Upon the conclusion of the trial, researchers also reported some potential side effects from the use of lecanemab.

According to Dr. MacSweeney, lecanemab was generally well tolerated and the most common side effects were:

ARIA, she explained, is a side effect that involves a bleed or build-up of fluid in the brain.

“The ARIA incidence profile was within expectations in the Clarity study and symptomatic ARIA was low,” Dr. MacSweeney said.

“So for those who did develop evidence of ARIA, this was mostly asymptomatic, meaning the patient was unaware they had developed the condition; it was detected only by MRI, and in most cases treatment continued and did not result in the study not reaching its conclusion and will not influence application to [the] FDA and regulatory bodies in other countries for a license for lecanemab to be available in the market,” she noted.

MNT also spoke with Dr. Verna Porter, a neurologist and director of the Dementia, Alzheimer’s Disease and Neurocognitive Disorders at Providence Saint John’s Health Center in Santa Monica, CA, who stated that although ARIA can sometimes be lethal, it is treatable if the medication that causes it is stopped or the dose reduced.

“In the approval process, the FDA will need to consider data from the trial showing that people taking anticoagulant drugs may have a slightly higher risk of bleeding events, before determining whether lecanemab requires an additional warning label about potential hemorrhage risk,” she said. “The FDA will also need to review and compare the risk of ARIA-E among people taking lecanemab with the risk associated with other amyloid-lowering drugs.”

On November 27, 2022, Science published an article reporting of a second death linked to lecanemab. A 65-year-old woman who reportedly received infusions of lecanemab during the clinical trial experienced a stroke and ultimately died from a brain hemorrhage.

When asked about this development, Dr. Petersen explained that while lecanemab removes amyloid from the brain, it also removes it from blood vessels in the brain.

“That needs to be told to the patients and the patients, families, and doctors will have to make a collective decision about the risks versus the benefits,” Dr. Petersen continued.

“The risks are real,” he stressed, “but I think they’re relatively low and they generally can be monitored by serial imaging with MRI scans to make sure this doesn’t take off. But there’s always the unexpected risk of somebody having a major bleed in the brain.”

How promising is lecanemab?

Knowing what we do so far about lecanemab, what should be our most realistic expectations on its safety and efficacy?

“These results indicate lecanemab can give people more time at or near their full abilities to participate in daily life, remain independent and make future healthcare decisions,” she said.

“I am hopeful from a research perspective, this is a breakthrough that those of us who study Alzheimer’s disease have been waiting for, but I am less hopeful that this will be the ‘big thing’ that will help most of my current patients. In clinical trials, participants who took this drug saw a 27% reduction over 18 months in expected cognitive decline which sounds really meaningful, but the real-world impact of this may not be noticeable to families and that’s what really matters. What is effective statistically isn’t always effective clinically. The full data set has not been realized yet so I remain open-minded that this could be a game-changer.”

When will the treatment be available?

Lecanemab may be on track to become available to patients aged 65 years and over in the U.S. as soon as next year, but the experts MNT interviewed cautioned that there is still a very long road ahead in finding the best, most effective treatment for Alzheimer’s disease.

“I think this drug is a monumental step in the right direction, but we are still probably 5-10 years from the type of powerful drug intervention we are all waiting for,” Dr. Sullivan added.

And while Dr. Porter called the clinical trial results “encouraging,” she said they are still learning more about Alzheimer’s disease that may impact future medications.

“We are learning that deposition of amyloid plaques leads to disorganization of another protein, tau, which creates ‘tangles‘ that disrupt the critical connections between neurons,” she explained. “Potentially, combining an anti-amyloid drug (e.g., lecanemab) with an anti-tau compound may prove even more effective in putting the brakes on the neurodegeneration that is associated with Alzheimer’s.”

“We still have more to learn about the pathophysiology of Alzheimer’s disease and the primary, inciting events that lead to its development — which may prove to be the most effective targets for future therapeutic interventions,” Dr. Porter pointed out.