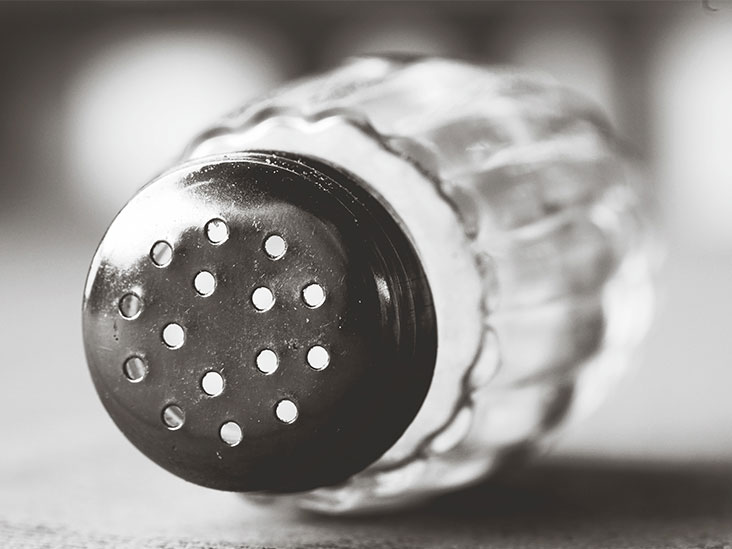 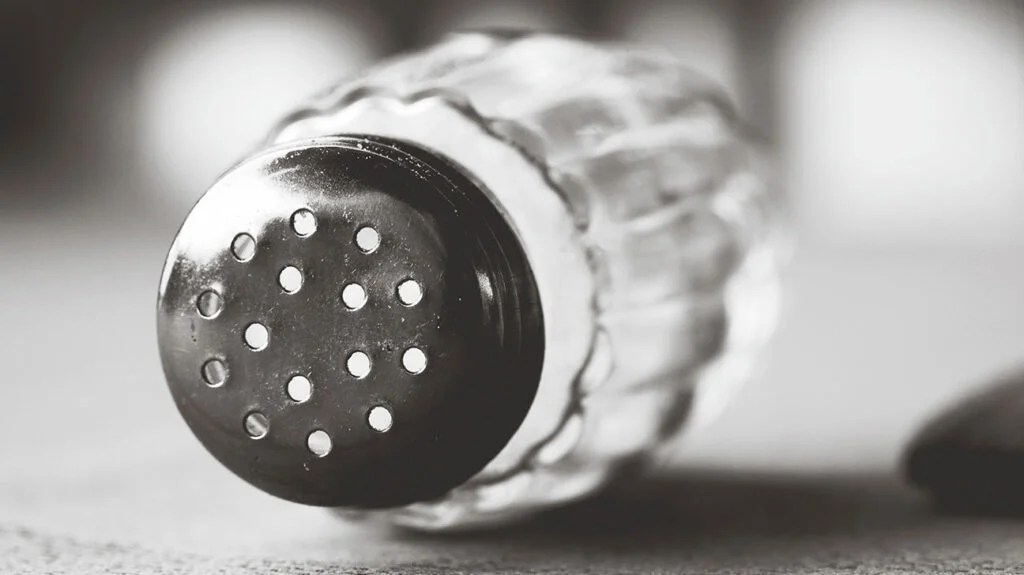 A recent study published in theEuropean Heart Journal shows that individuals who always add salt to cooked meals were at a 28% higher risk of premature death than those who rarely add salt. A higher frequency of adding salt at the table was also associated with a lower life expectancy.

Dr. Lu Qi, an epidemiologist at Tulane University and the study’s principal investigator, said, “This is the first study showing adding salt to meals is related to a higher risk of premature death and shorter life expectancy. Adding salt is a behavior that could be modified; therefore, our findings suggest behavioral modification by reduction of adding salt to foods may be beneficial to human health.”

Several studies have shown that a higher dietary intake of salt or sodium chloride is associated with elevated blood pressure and an increased risk of cardiovascular disease. Moreover, studies have suggested a linear relationship between salt consumption and all-cause mortality.

However, other studies have yielded conflicting data about the association between salt intake and mortality. For instance, some of these studies in specific age groups suggest that both low and high sodium intake are associated with an increased risk of mortality.

A major reason for these conflicting data is the difficulty in accurately assessing sodium intake. A common method involves estimating daily sodium intake based on sodium excretion over 24 hours using urine samples. However, there is considerable variation in sodium intake from day to day and such estimates over a single 24-hour period are likely to be inaccurate.

Other researchers have used dietary surveys or food records to estimate daily sodium intake. These methods are prone to error due to the challenges associated with accurately measuring the amounts of foods consumed or the failure of the study’s participants to report the use of condiments or table salt.

Moreover, estimating sodium intake due to the consumption of processed foods using dietary surveys can be challenging because of the variation in sodium levels in the same food product from different brands. Processed, prepackaged, and restaurant-prepared foods account for about 70% of daily sodium intake, highlighting the importance of accurately assessing sodium levels in these food items.

Due to these difficulties in quantifying the levels of sodium intake, the present study assessed the link between how frequently individuals added salt to their food and mortality risk. The researchers in the current study noted that previous studies have shown that the frequency of adding salt to food can indicate an individual’s long-term preference for salt. In addition, such salt usage behaviors are less susceptible to daily variations in salt intake.

The present study consisted of data from more than half a million individuals with an average age of 57 years old who had volunteered to share their health data with the United Kingdom Biobank database. The researchers used a questionnaire to determine how often the participants added salt to cooked meals.

Based on their response, the participants were categorized as never/rarely, sometimes, usually, or always using salt at the table. The researchers also obtained urine samples from the participants to assess urinary sodium and potassium levels at baseline.

The frequency of adding salt to foods was also associated with the levels of sodium excreted over 24 hours, estimated based on the urinary sodium levels measured using the urine sample.

The researchers used mortality data from national registries to track participant deaths during the follow-up period of about nine years. They classified deaths under the age of 75 as being premature.

After controlling for variables such as age, sex, diet, preexisting diseases, and physical activity levels, the researchers found that a higher frequency of adding salt to food was associated with an increased risk of premature death from all causes and lower life expectancy. Compared with individuals who never or rarely added salt to their food, always adding salt to food reduced life expectancy by 1.5 years in women and by about 2.3 years in men ages 50.

While examining the link between salt use at the table and cause-specific mortality, the researchers found that a higher frequency of adding salt was associated with an increased risk of premature death due to cancer and cardiovascular disease. Among cardiovascular disease subtypes, individuals who frequently added salt to their food were at increased risk of premature death due to stroke but not coronary heart disease.

Dr. Francesco Cappuccio, a professor of cardiovascular medicine & epidemiology at the University of Warwick, noted that salt added while cooking food may play a more important role than salt added at the table.

“Salt intake is the result of salt added to food at the table (estimated here), salt added to food in cooking (not measured here), and, most importantly, salt hidden in manufactured food and food eaten outside the house, the latter being in excess of 75% of the total intake,” Dr. Cappuccio said.

“The frequency of adding salt to food reflects an individual’s long-term salt preference is a myth not supported by evidence. Randomized trials in Australia showed that most of the salt cellar use is completed ‘before’ tasting the food, and if the hole size is reduced less salt is added, indicating that the use of the salt cellar at the table is unrelated to the salt-taste preference.” Dr. Cappuccio added.

“Furthermore, if the salt content of commonly eaten foods like bread is gradually reduced over time (ie. 10% a week or a month), a salt reduction can be achieved without any detection of saltiness by consumers,” he explained.

Dr. Cappuccio noted that awareness campaigns to change behaviors to reduce salt intake have short-lived positive effects. Regulating industries to lower the salt content of food could be a more effective means to lower salt intake in the population.

Moreover, this study only shows an association between salt use at the table and mortality and does not establish causation.

Dr. Franz Messerli, Professor of Medicine at the University of Bern, Switzerland, said: “The difference in 24-hour sodium intake between those who never/rarely added salt and those who always did is a minuscule 0.17g or less than 4%. It is highly unlikely that such negligible quantity has any impact on blood pressure, not to speak of cardiovascular mortality or life expectancy.”

“I submit that people who routinely add salt to their food exhibit a widespread disregard for health considerations in their diet. These study participants consistently consumed more red meat, processed meat, less fish, less fruit, and vegetables than those who did not salt their food,” Dr. Messerili explained.